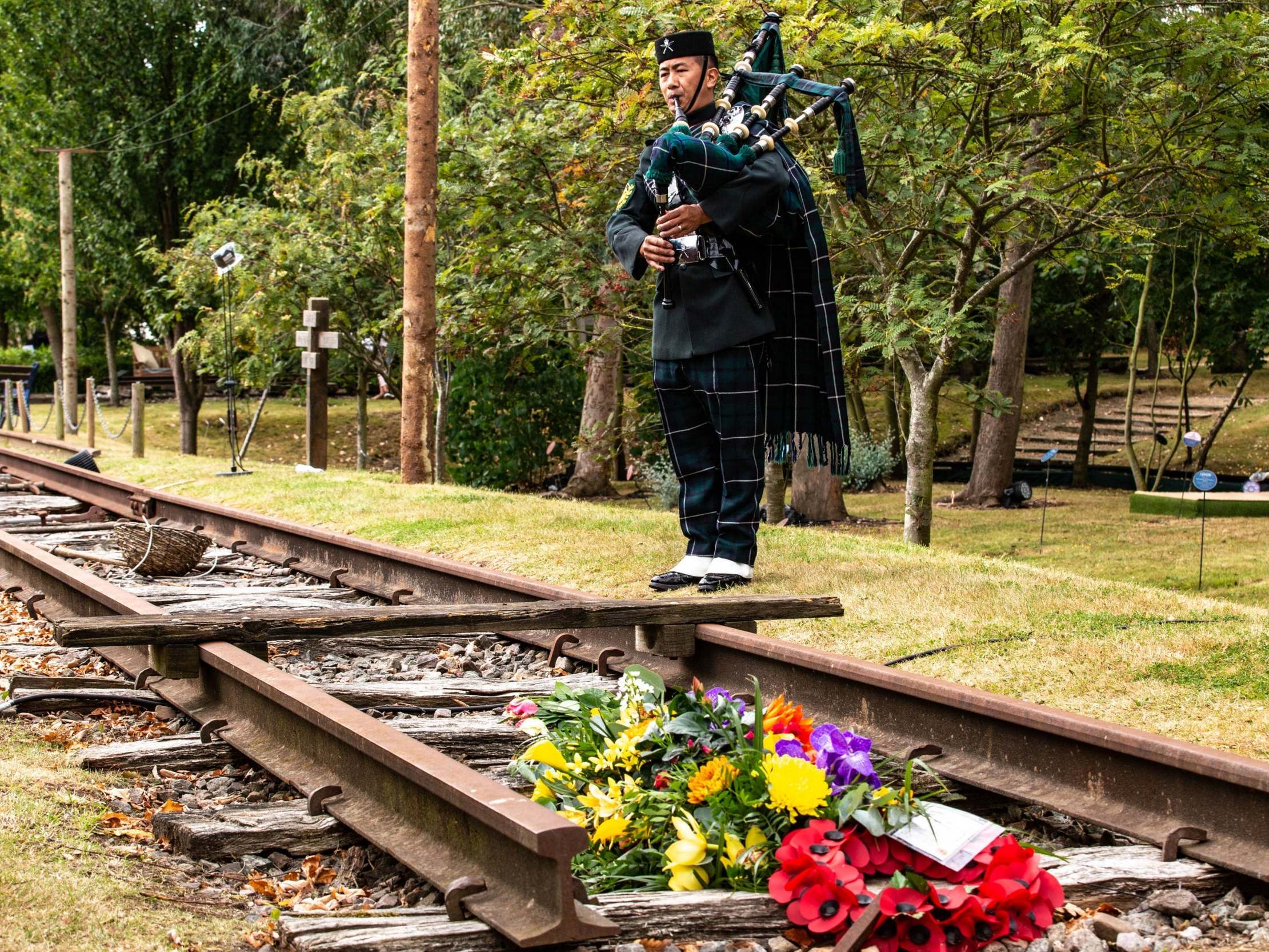 Victory over Japan Day – often referred to as VJ Day – is commemorated annually to mark Japan’s surrender to the Allied forces on 15 August 1945.

The surrender, which took place 75 years ago this weekend, signalled the end of World War Two, more than three months after the fighting in Europe had stopped.

However, it was not until 2 September that Japan officially signed surrender documents on board the USS Missouri battleship, which was anchored off Tokyo.

What happened in the run-up to VJ Day?

Although victory in Europe was declared on 8 May 1945 after the defeat of Nazi Germany, fighting between the Allied forces and Japan continued in the Far East.

The war in Asia had started with the Japanese bombing of Pearl Harbour in Hawaii, US, on 7 December 1941, along with its attacks on British and Dutch possessions in the continent.

For the next 44 months, some of WWII’s fiercest fighting took place in the Pacific and in countries including India.

The war in the region ended soon after nuclear bombs were dropped by the US on the Japanese cities of Hiroshima and Nagasaki on 6 and 9 August 1945, which resulted in the deaths of more than 200,000 people.

The surrender also came soon after the Russians broke their neutrality pact with Japan on 9 August by invading Japanese territory.

Japan’s Emperor Hirohito announced his country’s surrender on the radio on 15 August, leading to the US’ occupation of Japan until 1952.

Ahead of the 75th anniversary VJ Day commemorations, a former head of the British army said the occasion was a chance to remember the efforts of the “forgotten army” that was out of the “limelight”.

General Lord Richard Dannatt, who was the army’s chief of the general staff from 2006 to 2009, said that troops fighting in the Far East during WWII felt “forgotten” because of their distance from Britain.

He added: “I think the war at home was much more personal, after all it was German bombers who bombed London, it wasn’t Japanese bombers.

“So unless you were involved in the campaign in the Far East, you probably didn’t know that much about it, you didn’t feel that close to it.”

In the campaigns in Asia, Britain lost almost 30,000 people, 12,433 of whom died as Japanese prisoners of war.

How will the commemorations work this year?

The royal family will lead the 75th anniversary commemorations on the weekend.

The Prince of Wales and the Duchess of Cornwall are expected to attend a private service to mark the occasion at the National Memorial Arboretum in Staffordshire on Saturday morning, before leading the country in two minutes of silence at 11am to remember those who died.

Some veterans will also attend the event.

Screens will also be placed across the country to show photo montages of war veterans.

The Duke of Edinburgh, who was present in Tokyo Bay when Japanese officials signed the surrender documents, will also make an appearance on the screens.

Other events include the Red Arrows flying over Belfast, Cardiff, Edinburgh and London.

What’s happening to the numbers in Africa?

Passengers boarding a bus in Lagos being given ha
Read More
October 19, 20200