UODATE: The bike sold, quickly, for the full asking price to the first person who showed up. Which was cool. And even better, the guy was like, “Who did the pictures? They jumped out at me.” 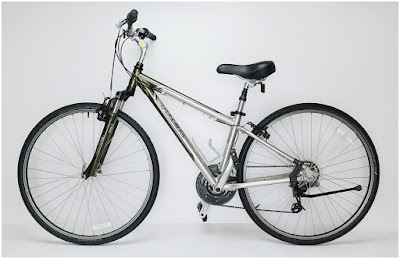 Have you tried to buy a new bike lately? Or even a used bike?

The coronavirus pandemic has made them very tough to find. Between homebound people snapping them up and all of the various broken supply chains, most of the bike inventory — other than very pricey specialty bikes — has pretty much vanished.

Which means that if you have a functional bike in your garage that you don’t need, it will likely never be worth more than it is right now.

My daughter Emily has an unneeded bike in the garage. It’s a Trek 7100, which is decent hybrid. She rode it to middle school. But she’s just graduated college and won’t be bringing it to her new job.

But right now it should fetch a nice price in the Craigslist Bicycle Hunger Games. Especially if it is photographed and presented well.

So that’s exactly what we are going to do today: photograph a bike with a basic two speedlight kit.

Don’t you need more light than that? No you do not. In fact, let’s make this interesting and photograph it with two of the diminutive Godox TT350 “fun size” flashes just to prove the point.

Here’s our massive camera and lighting pack for the day: 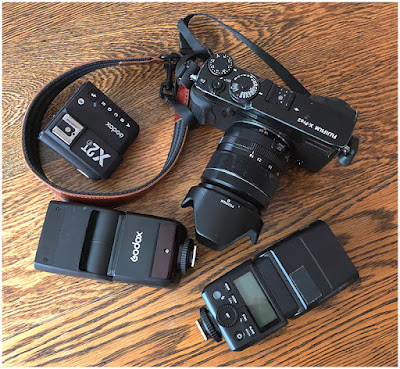 I love those little flashes, especially for travel. They are proportioned for my mirrorless Fujis and take up very little space. They are only about half as powerful as a regular speedlight. But as you’ll see, they’ll be more than sufficient.

Seriously, these guys are small. They only use two AAs. Which means that we will be lighting this bike with a total of 6 AA batteries — and that includes the two in the transmitter.
__________

Okay, let’s head down to the onsite Garage Mahal studio and light this thing. We’ll be shooting at night, to control our ambient light. If we don’t have much ambient to overcome, we won’t need much power.

First things first, let’s scrounge a background. Turns out Ben has a white-laminated 4×8 piece of particle board that will serve nicely. Ben, it should be noted, always has several concurrent projects in progress at the house. This board will be the mold for the epoxy resin base for a soon to be [Palpatine voice] fully operational [/Palpatine voice] CNC router.

But for right now, it’s gonna be my background. If not for this, I’d likely move the bike indoors and just shoot against a blank wall.

We’ll start by carefully leaning the bike against the background (to keep it up straight, without the lean of a kickstand). Next, we’ll an aperture priority-mode automatic shot of the bike on daylight white balance. That will let us assess the ambient light, so we can get rid of it for our flash-lit version. 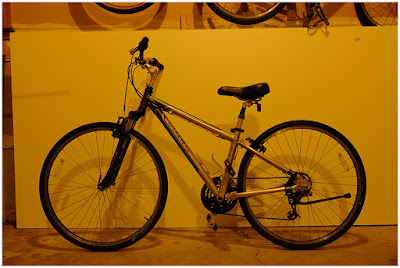 Oh, that looks great. We can just go with that. (To be honest, that would fit right in with many of the photos in the bikes section of Craigslist…)

Actually, what does look great about it is the 1/4 second the shutter needed to be open to record it. It’s dark in here. We’re at ISO 400, at something like f/5 or f/5.6. So if I now set the camera to manual and the shutter speed to a 1/250th, all of that ambient is going to go away. So we know we’ll be lighting the bike only with flash from here on out. 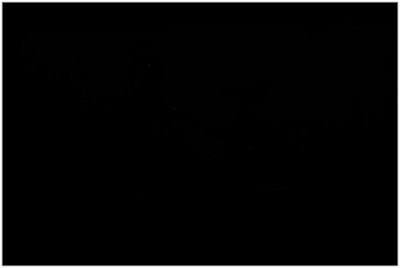 Yep. Perfect. Now we can add some flash. I’m just going to start at 1/4 power. It’s a small flash, about half as powerful as a full speedlight. And it’s firing through a sheet at a decent distance. I expect that will underexpose the bike a bit, which is what I want.

If it is too dark or too light, I’ll adjust the power setting of the flash. Then I’ll do the same thing when we add the key light later.

The bike is shiny. We want to capture that surface quality, but also include detail. Plus, the tires are black / matte surfaces. I want some highlight coming back off of those dark surfaces to show texture. So I’ll help myself by adding a little Armor All when I clean the bike up, to give the tires a little more luster (and specular efficiency).

My first (and most important) light will be the fill. I want it big, and as close in as possible. So I am going to use a $20 Portable Doorway to get a big light source on the cheap.

I’m putting the fill light right behind the camera. Big sheet, shooting a flash right through it.

For this reason, I’ll get the camera in nice and close. This allows me get my soft, on-axis fill light in close as well. Remember, the metal tubes are both shiny and convex on this axis. So the bigger the light source appears, the better.

It might be weird to realize that the lighting is driving the shooting distance, and thus also the lens choice. But, moving the fill light in close (in order to get the creamiest speculars I can) is an important tweak. And the camera has to be in front of the fill light. So I’ll be using a wideangle lens and coming in just close enough to not have the handlebars visually break the background. Yes, you can make this shot with a longer lens. But the light won’t look as nice.

Let’s look at our fill light: 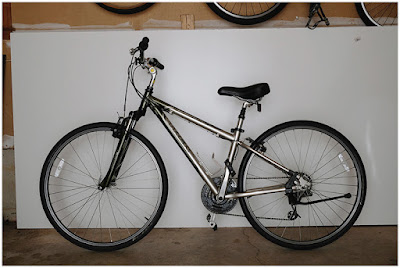 Not bad. This is a fatter fill exposure than I might normally use for a portrait. Because I need this light to do a lot of the work for carrying detail throughout all of the gears, rims, tires, chain, etc.

Things I am noticing now:

This looks pretty good. The shiny backdrop (it’s not background paper, after all) is giving me a specular reflection of my fill light in the middle. They key light will probably smooth that out when it fully lights the board.

But also, the scruffy concrete floor is distracting. Let’s roll out a half-width of white seamless and roll it horizontally across the floor. That will carry the white all the way to the bottom of the frame.

Next, Add the Key Light for Shape

Okay, the detail light is all set. Now when we give the bike some shape with a soft box from the top, we’re there.

Remember, in terms of quantity there’s not very much light happening here. Since we don’t have very much ambient light to overcome (with our exposure settings) and the bike is narrow enough not to need much depth of field (f/5.6 will work fine here) we don’t need a lot of flash power.

The dinky little flashes are both set at around 1/4 power. The soft box is much closer to the bike, so that light is definitely a stronger source at that working distance.
__________

Here’s a setup shot, for scale. (Sorry, it’s dark in the garage and I needed a panorama to get it all in. So I had to use my phone.) 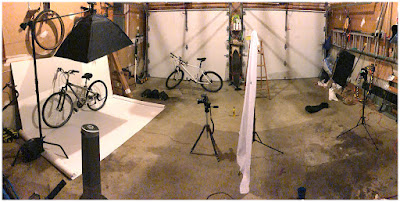 Note, I am using a C-stand to get my key light out over the bike. But if I didn’t have one, I’d just call Ben into the garage to hold the light over the bike on a normal stand.

And this soft box is a little bigger than the one I normally use for people. But a standard 2×3-foot soft box would work just fine as a key light here.

Next, we’ll change up the light and shot some detail shots.

But first, a tip that’s good to know if you are selling something on Craigslist or eBay and using nice photos: we’ll include a shot that shows that this is the actual bike, and not just some pre-existing commercial shot. People tend to gloss over those and assume they are lifted from somewhere.

This ought to do it: 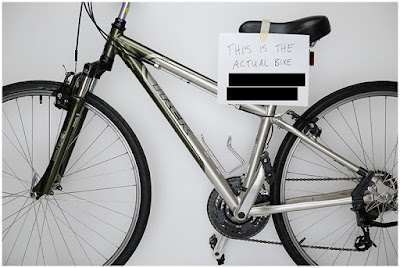 The obscured parts contain my phone number and town. And seriously, if you don’t do this the upgraded photography can all be for naught. It can actually work against you.

Now I’m gonna move the “sheet light” in very close — as close as I can — to spread that specular as far as I can. Then we can pop around the bike and shoot some details like this: 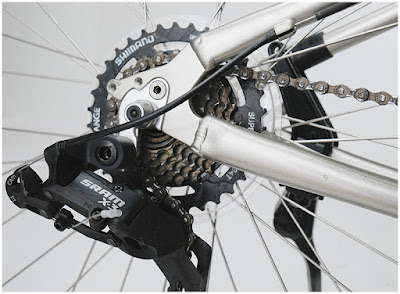 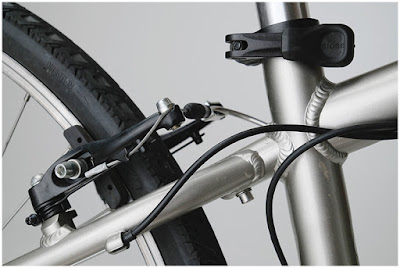 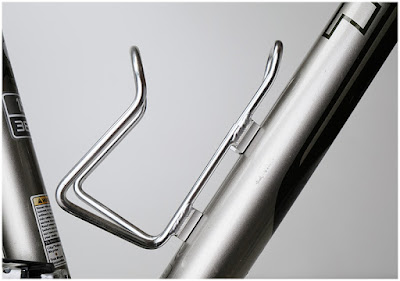 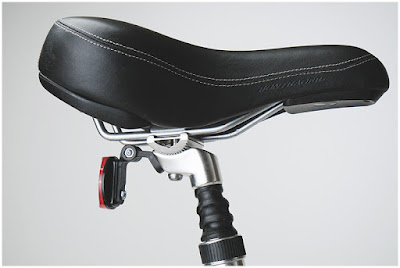 These shots should help the bike stand out against the crappily photographed bikes on Craigslist. It’s a nice bike. It’s not new, but these shots make it obvious that it is in pretty good shape.

You can see how close the sheet is here, shot when I went in to clean up the garage this morning: 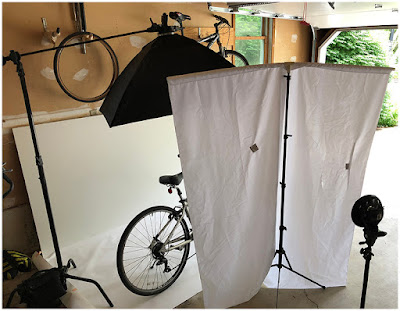 And that’s it! Two tiny sub-mini speedlights. Spread that fill light waaaaay out. Add some shape with the key light, and post the ad to the hungry wolves.

As I am getting ready to finish up, I notice Ben’s current project (okay, one of several) sitting across the garage. It’s a sub-$300 beast of an e-bike, still in progress, running great and awaiting some final cosmetic shrouding of components, etc.

We already have the light set up. Why not swap it in. Different bike style, different color. But it shows that pretty much any bike would look good in this two-light setup. Personally, I like the way the built-to-fit triangular battery pack, made from scrounged laptop batteries, pops back my fill light. But that’s just me.)

Thus ends another day in our home-bound COVID spring of 2020. Hope you guys are staying safe — and sane — while we ride this thing out.

Seeing as no one is doing much traveling t
Read More

There are two main schools of thought when
Read More

Hands On With The 40-Megapixel Leica M10-R

The advent of digital photography swept away one
Read More

The LumoPro LP180 is no more. You could ma
Read More