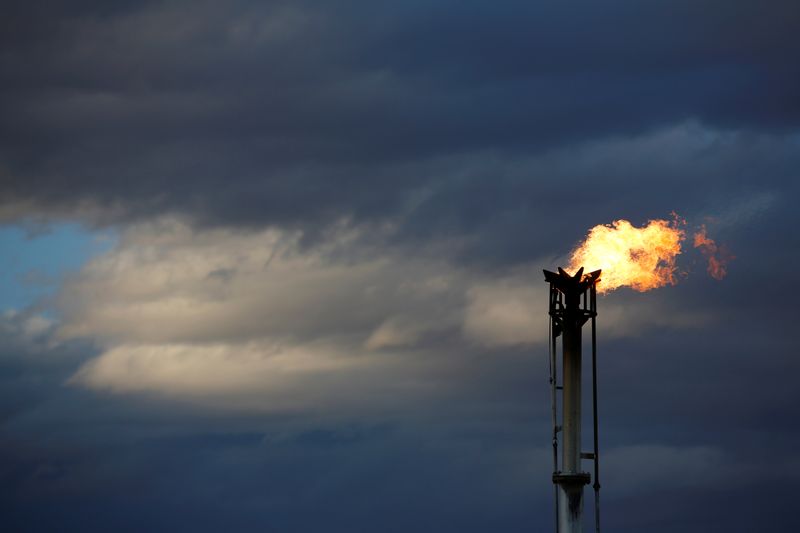 By Liz Hampton and Jennifer Hiller

DENVER (Reuters) – More tech companies are launching software that oil and gas producers can use to measure their carbon emissions due to mounting investor pressure to curb greenhouse gases.

Top investors, including BlackRock, have put climate change on their agendas, encouraging energy producers to evaluate programs to help track emissions and report on results.

Software giants SAP and Salesforce.com and start-ups, including Tempe, Arizona-based Persefoni, have launched products to help firms document their emissions. Tracking can show investors they are serious about controlling emissions, said developers.

Persefoni, which is led by the former chief digital officer at Chesapeake Energy, on Tuesday announced funding from energy investor Rice Investment Group, Carnrite Ventures and others. It is in discussions with two major oil producers regarding potential investments, an official said.

“It was clear that calculating carbon footprints and reporting wouldn’t be optional,” said Kawamori, who declined to name customers until Persefoni’s expanded product launch in November.

Its software will go up against Germany’s SAP, which recently launched a carbon emissions accounting system and Salesforce.com. Salesforce said it has customers from 10 industries.

“A couple of years ago people just asked, can you just check the box? I literally had one investor say, ‘Just get an intern and put a report out there.’ That’s not how it goes. We have to make sure these numbers are real,” said Matt Gallagher, chief executive of shale producer Parsley Energy.

Persefoni says its system standardizes data to calculate a carbon footprint, regardless of what system is being used, and will eventually meet all reporting frameworks and standards.

Companies “are realizing, like financial data, this needs to be collected in the system with the right validation and checks on it,” said Lampen.

The US is turning away the world’s best minds—and this time, they may not come back

For decades, US policymakers have bet that the wor
Read More

When shadow IT goes remote: How to keep workers in the fold

Why AI and human perception are too complex to be compared

Could Spacecraft of the Future Be Powered By ‘Lattice Confinement’ Nuclear Fusion?