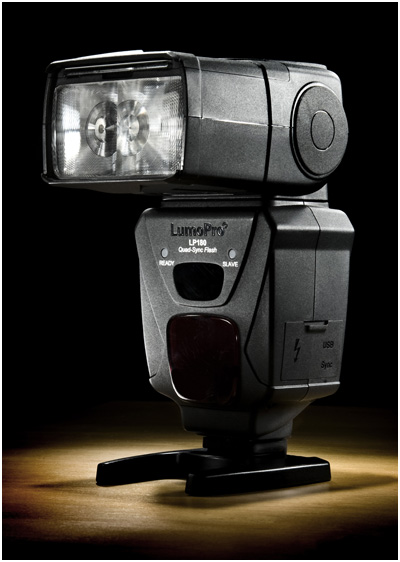 You could make a strong case that the LP180 was the best manual hot shoe flash ever produced — and maybe that ever will be produced. It was a beast of a flash, with a fluid user interface and features designed specifically for off-camera lighting photographers. Now, it’s the last of a bygone era.

Why did it have to die? What made it so good? And what will replace it as the flash of choice for discerning-but-frugal off-camera shooters?

LumoPro is a small, photographer-driven company that manufactures a limited range of mostly small-flash lighting gear. Their stuff is moderately priced, but well-made and comes with an outsized warranty and really good service.

The LP180 was right at home in that environment, eschewing some of the feature-stuffing by big camera manufacturers in favor of merely doing the basics very well. It cost about a third as much as flagship speedlights from Canon and Nikon, was more rugged and came with twice the warranty.

Camera companies make more profit on their accessory flashes than they do on the expensive cameras. That’s because once you buy into the system, you are pretty much captive to it and they have you where they want you. So the profit margins can be fat.

The housing for the LP180 was designed by action/lifestyle photographer Hilgard Muller. The result was a flash with several unique features (more on that in a minute) that was also rugged enough to stand up to hard everyday use. I have dropped all of my four LP180s more times that I would care to admit. They hold up. And if they ever didn’t hold up, the company was ready to backstop you with great service.

One (not mine) was being used in a camera trap and got, well, mauled. It didn’t hold up. So it was returned for “service.” It was appropriately admired, then promptly replaced. The point: at LumoPro, that was not a claim to be denied. That was a claim to be framed and mounted on the wall.

So Why Did it Go Away?

The photo industry is very good at conditioning us. They want you to believe that the thing keeping you from being a better photographers is that new bit of tech their brand new model has that your current model does not have.

What killed the LP180 was a slew of pretty good (and less expensive) flashes that had increasing amounts of tech thrown in. You can now get a decent manual flash with a transceiver built in now for about $70. That’s pretty amazing.

Are they as rugged as the LP? Nope. Are they as fluid to use? Nope. Do they have some of the elegant touches that the LP had? Mostly, nope. (One thing, they adopted. And that’s good, at least.)

And in the end, the LP180 could not compete on price against companies with global scale and a pretty good flash that is also cheap.

What Made the LP180 Great 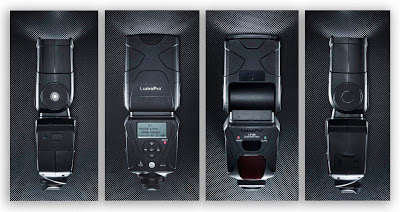 First off, I loved this flash. Still do, actually. Here are a few qualities that made it special, coupled with the corresponding workaround for your future flashes.

The LP180 was built like a tank. It could take pretty much whatever you could dish out. This is largely thanks to Hilgard’s beefy external design.

On top of that, it came with a two-year warranty that, in practice, was actually often longer. This is down to the people at LumoPro. They are photographer-centric (as opposed to just manufacturing/selling) and treated shooters the way they would like to be treated. The only comparable warranty and service I can point to in the industry is that of Paul C. Buff.

Best workaround for your future flashes? Have a spare flash on hand if your livelihood depends on it. This is actually not hard to do because of the prices of decent manual flashes now.

Take the Godox TT600 Thinklite. At under $70, its the most likely heir apparent to the LP180. It’s not quite as rugged, but it is also about half the cost. If you normally shoot with two flashes, having a third flash as a spare is a great solution — and still overall cheaper.

Bonus points: buy the flash from a real camera store. You’ll pay about the same, but have much better accountability if you ever have problems. The link above puts you through to MPEX.com, which gets you the same people who backed up the LP180 so well.

Okay, a bit of a rant. Yes, you can stick a transceiver into a flash. It can be a decent transceiver, and done cheaply. What’s not to like?

How about speed and ease of interface. There is only so much room on the back of the flash for buttons. So if your built-in remote has 4 groups and three channels and curtain sync and HSS and yada yada, you’re gonna need menu trees: hold this button for three seconds, etc.

And while built-in features are great, you know what’s better? Reaching up to make a quick adjustment without even breaking eye contact with your subject. Being able to adjust the two things that matter — power and zoom — without even having to look.

Here’s one of my favorite speed hacks for flashes with built-in remotes: pretend the remotes don’t exist. Use the first-touch buttons for quick power and zoom adjustments (the TT600 allows this) and just use an inexpensive, external remote on the flash. Presto: quick, dedicated buttons for everything.

Generally, I use a simple remote for one light and slave the others. It’s fast, and everything gets its own fast-press button.

If you like tech and groups and channels and menus and press-and-hold buttons, more power to you. And your stuff is already built in, and paid for.

This was a beautiful feature (again, thanks Hilgard!) that much more closely aligned your flash to your umbrella’s shaft.

It made your soft light better, since you essentially now used the whole umbrella instead of mostly the top half. To me, it made the flash feel more like a mini-monobloc.

Fortunately, this fix can be had cheaply. Get a Bowens S-bracket for less than $20. It’ll get your flash on axis and also get you onto a Bowens standard for access to cheap soft boxes. More info on that, here. 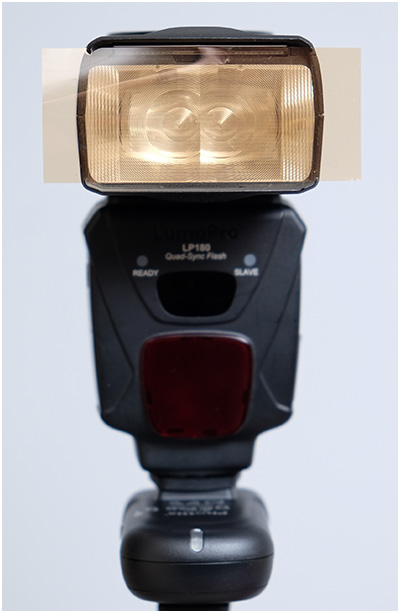 Sigh. Such a good idea. And I doubt this one is coming back.

This means we are back to keeping rubber bands and/or scraps of gaffer’s tape on our flashes to gel our lights. And when you do tape those gels, please be careful to allow for heat dissipation.

The 1/8″ minijack sync was groundbreaking in the LP120 , and was good enough to have actually dragged the rest of the industry into compliance. I will forever be thankful to LumoPro for blazing that trail. It is yet another reason the LP180 felt like a mini-monobloc.

Fortunately, the Godox TT600 carries the most important three syncs: hot shoe, slave and 1/8″ minijack. It omits the PC jack, which is a proprietary, unreliable, vestigial jack that deserves to die.

I’ll always be thankful for my LumoPro LP180s. I have four that see regular use — both by me and my workshop students. I expect them to last for many more years.

But the Godox TT600 is a worthy, if not perfect, successor. There are other manual flashes out there. But none that are both solid and can meet Godox’s price point. I’ll be writing more about them as I fold them into the Lighting 101 gear articles, and elsewhere.

But today I’m raising one last toast to the LP180 flashes. May ours work forever, and may they not get too expensive on eBay.

Check out the new issue of Adobe Inspire

Photo Of The Day By Rebecca Wilks

How To Get The Best Photos Of Birds In Flight

Photo Of The Day By msimpson72