Faisal in a letter to Senate Chairman Sadiq Sanjrani said that “such actions by the French president contributed and further invigorated the Islamophobia” as highlighted by Prime Minister Imran Khan in letters written to heads Muslim states on Wednesday.

PM Imran had urged heads of Muslim states to “act collectively” and counter the growth of Islamophobia in non-Muslim countries, especially in European nations.

“Today, we are confronting a growing concern and restlessness amongst our Ummah as they see the rising tide of Islamophobia and attacks, through ridicule and mockery on our beloved Prophet (PBUH) in the Western world, especially Europe,” the premier maintained in the letter

Senator Fasial said, “Demonising Islam and blaspheming the holiest figures will further polarise the humanity and provide breeding grounds for the radical views.”

He said the practice needs to be stopped and banned through binding international legislation. The action of French president had the potential to do more harm to humanity than the Nazi ideology or racist tendencies, he added.

Anger has grown in the Muslim world over remarks by Macron in a row over blasphemous caricatures.

The dispute has its roots in a knife attack outside a French school on October 16 in which a man of Chechen origin beheaded Samuel Paty, a teacher who had shown pupils the blasphemous cartoons in a civics lesson on freedom of speech. 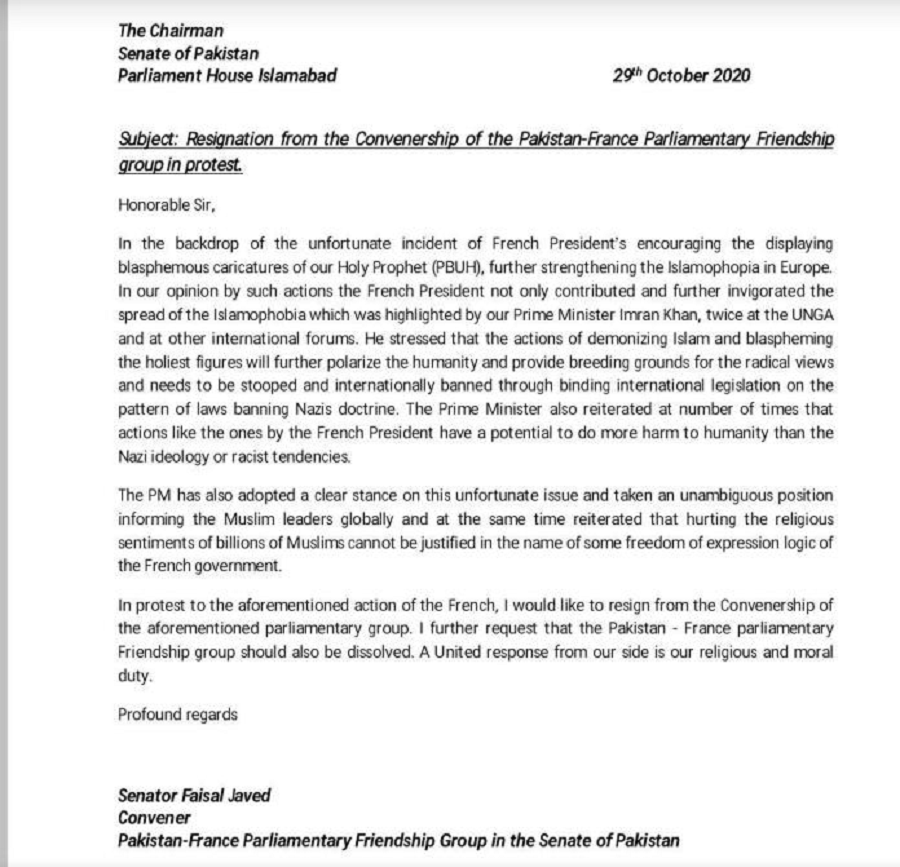 Tens of thousands rally in Belarus despite mass arrests