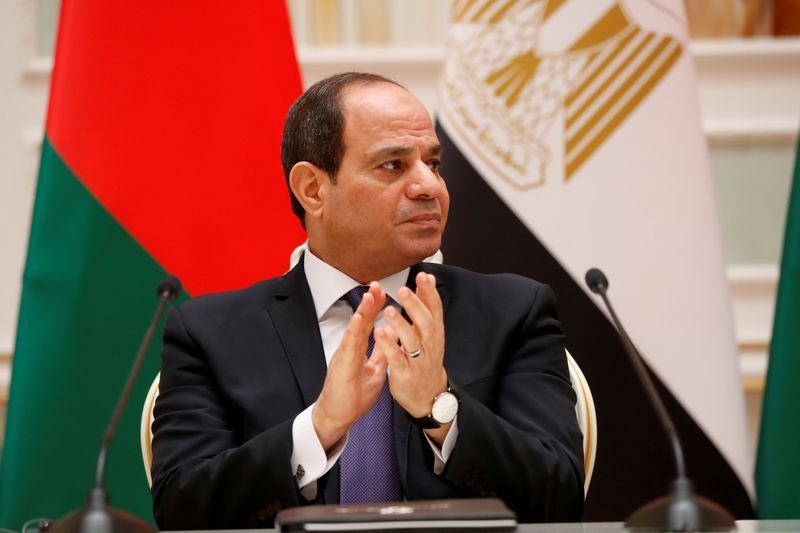 The meeting reflects the growing regional stakes in Libya, divided since 2014 between areas held by an internationally recognised government in Tripoli, backed by Turkey, and a rival eastern administration, backed by the UAE, Russia and Egypt.

Any major escalation could risk igniting a direct conflict in Libya among the foreign powers that have already poured in weapons and fighters in violation of an arms embargo.

In response to Turkish actions, Sisi last month warned that Egypt’s army might enter Libya if the Tripoli government and its Turkish allies renewed an assault on Sirte, a central coastal city seen as the gateway to Libya’s main oil export terminals.

Libyan tribal leaders flew on Wednesday to Cairo from the eastern city of Benghazi, the main LNA base, for a meeting with Sisi entitled “Egypt and Libya, one people, one fate”. Haftar enjoys the backing of tribes mainly from east but also former LNA strongholds like Tarhouna in western Libya.

On the flight some tribesmen were chanting “Sisi” and “Haftar”, a video posted online showed.

Sisi said at the meeting Egypt’s main goal in Libya was to “activate the free will of the Libyan people”, a presidency statement said. It also published pictures showing Sisi sitting next to tribal leaders, all wearing masks against coronavirus.

In June Sisi said Egypt could act militarily in Egypt either if the House of Representatives requested this, or simply based on the U.N. charter of a right of self-defence.

Eastern tribes and other factions allied to Haftar have also been involved in closure of oil ports since January. The LNA says the tribes act on their own but analysts say their activity in Haftar-controlled territory is coordinated with the LNA.

Sirte is held by the LNA and the last major western city before the historic dividing line with the east, now controlled by Haftar, two regions that were united with the south at Libya’s independence in 1951.

GCSE results: Schools minister admits he was warned algorithm might disadvantage poorer pupils – but claims it did not | The Independent

The UK’s schools minister has said he was warned
Read More
January 11, 20210