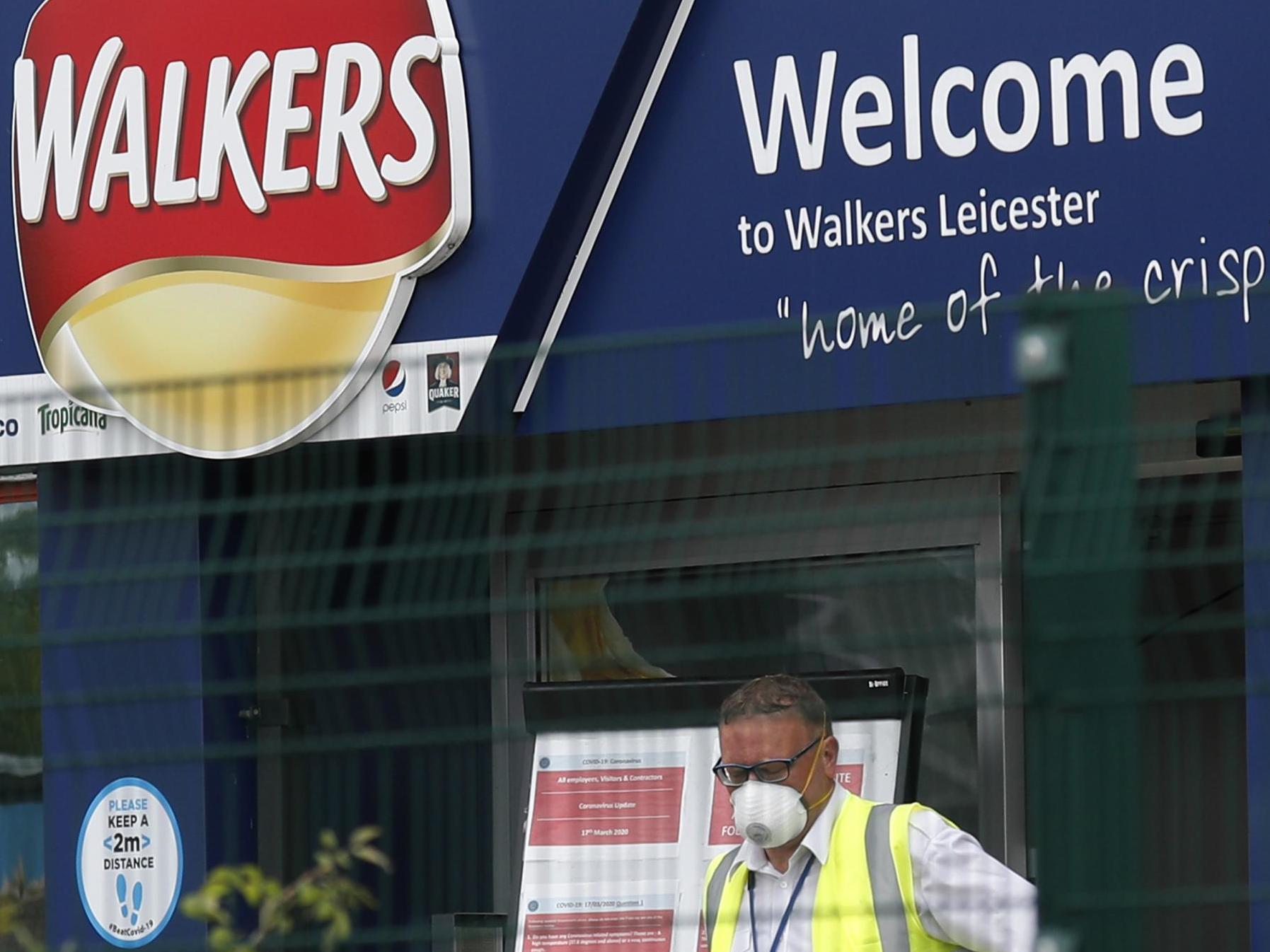 Walkers has confirmed that 28 employees at its crisp factory in Leicester tested positive for coronavirus in June.

The safety of the firm’s 1,400-strong Beaumont Leys workforce and their families “is our number one priority”, a spokesperson said.

As the city became the UK’s first to be subject to a localised lockdown due to a surge in new Covid-19 cases, the savoury goods purveyor said it would “continue to maintain the highest level of vigilance” in its operations.

“We have seen an increase in the number of confirmed cases, reflecting the situation in the local community and coinciding with the roll-out and uptake of testing,” the spokesperson added.

“We are in regular contact with the local health authorities and government bodies and are reassured that we have all the correct measures in place to protect our employees.”

It is one of a number of food processing factories in the city which have seen new outbreaks, such as Samworth Brothers and Pladis, which supplies McVities.

As the rest of England prepares to reopen the hospitality sector on 4 July, the city will remain in lockdown, with schools and non-essential shops closing again on Tuesday.

Boris Johnson faced criticism at Prime Minister’s Questions for being too slow to respond to the city’s outbreak and was accused by Sir Keir Starmer of presiding over a “lost week” amid allegations of long delays in the government’s sharing of figures with regional public health experts.

The prime minister responded that “there were particular problems in Leicester in implementing the advice and getting people to understand what was necessary to do”.

Meanwhile, Bradford‘s council leader has said it is “working hard” to prevent another lockdown and Barnsley has stressed new restrictions are not needed, as figures revealed they have England’s highest Covid-19 rates after Leicester.

One in three adults to download long-awaited NHS coronavirus app

Epic has filed lawsuits against Apple an
Read More
September 4, 20200