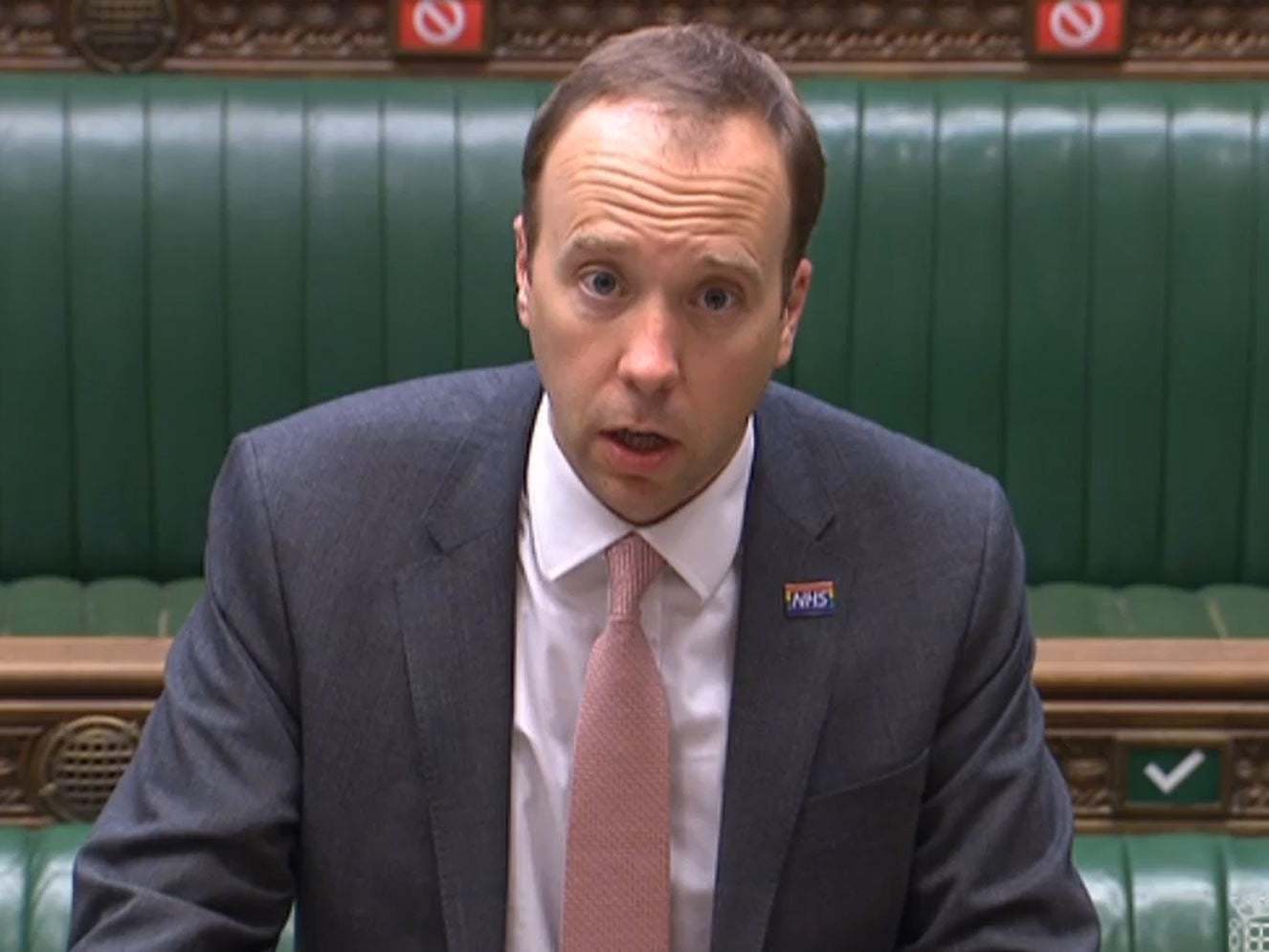 Health secretary Matt Hancock has warned that conspiracy theorists are putting lives at risk as he hailed positive results in a trial of a new coronavirus vaccine.

A vaccine that protects against Covid-19 could be a crucial breakthrough in the fight against the global pandemic.

The government has already ordered millions of doses of different promising candidates.

But experts have warned anti-vaccination campaigners could frighten people so much they resist inoculation, even when it is perfectly safe.

A new poll, organised by the London School of Hygiene and Tropical Medicine, found more than one in four Britons said they would not take a coronavirus vaccine or were still undecided.

Mr Hancock described the update on the vaccine, being developed at the University of Oxford, as “very encouraging news”.

But he hit out at so-called ‘anti-vaxxers” telling MPs: “Those who promulgate lies about vaccines that are safe and have been approved, they are threatening lives.”

He called on MPs from all parties to stand “shoulder to shoulder” against anti-vaxxers.

He was supported by shadow health secretary Jonathan Ashworth, who hit out at what he described as “poisonous anti-vax propaganda”.

Mr Ashworth also welcomed the “encouraging and exciting” news about the Oxford vaccine trials, though called for more testing to fight the virus this winter.

Ministers are concerned that anti-vaccination campaigners could also reduce the effectiveness of plans for the UK’s largest ever flu jab programme this winter.

Experts warn that the NHS could face unsustainable pressure if forced to treat a peak in flu cases at the same times as large numbers of Covid-19 cases.

There are also fears a bad flu season could make it harder for NHS track and trace to find those suffering from coronavirus.

Mr Hancock also told MPs that the name and address of those who have tested positive will be given to local authorities who have signed a data protection agreement, in a bid to track and isolate more cases.

He also confirmed an extra £3bn for the NHS this winter as well as a new target of 500,000 coronavirus tests a day by October, both announced by Boris Johnson last week.

Mr Hancock also told the Commons that a supply of 30 billion pieces of personal protective equipment (PPE) has been secured.