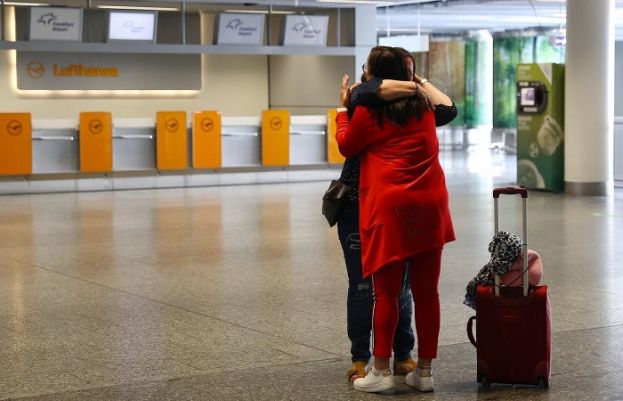 Scores of German business executives were due to return to China on Friday evening, beneficiaries of an accelerated entry procedure offered by Beijing as both countries seek to reignite their economies after months of lockdown.

Under a deal brokered by the German Chamber of Commerce in China, staff from hundreds of German companies with units there can return without undergoing two weeks’ quarantine if they can show a certified negative coronavirus test.

Among the executives waiting to board the chartered Lufthansa (LHAG.DE) flight to Tianjin was Karin Warowski, a controller at carmaker Volkswagen (VOWG_p.DE), who was eager to rejoin her husband after months of separation.

“Obviously everyone’s pleased that business is restarting – it’s already underway,” she said, rushing through a near-deserted airport to catch her flight.

“I’m one of the first privileged few who can go back to Tianjin… I’m very pleased to be going back to where my husband is. We’ve been apart for four months.”

About 500 to 1,000 business managers have been offered an accelerated re-entry procedure by the Chinese government, a German business representative told Reuters on Tuesday, with family members bringing the total to around 2,500 people.

Even as much of the rest of the world economy has shut down to try to stop the spread of the coronavirus, which originated in China, factories there have been ramping up production again since the outbreak abated.

China is Germany’s most important trading partner by far, with around 206 billion euros ($229 bln) worth of goods traded in 2019.

ISLAMABAD: The subcommittee of the Public Accou
Read More

he foreign minister said that the peace pro
Read More