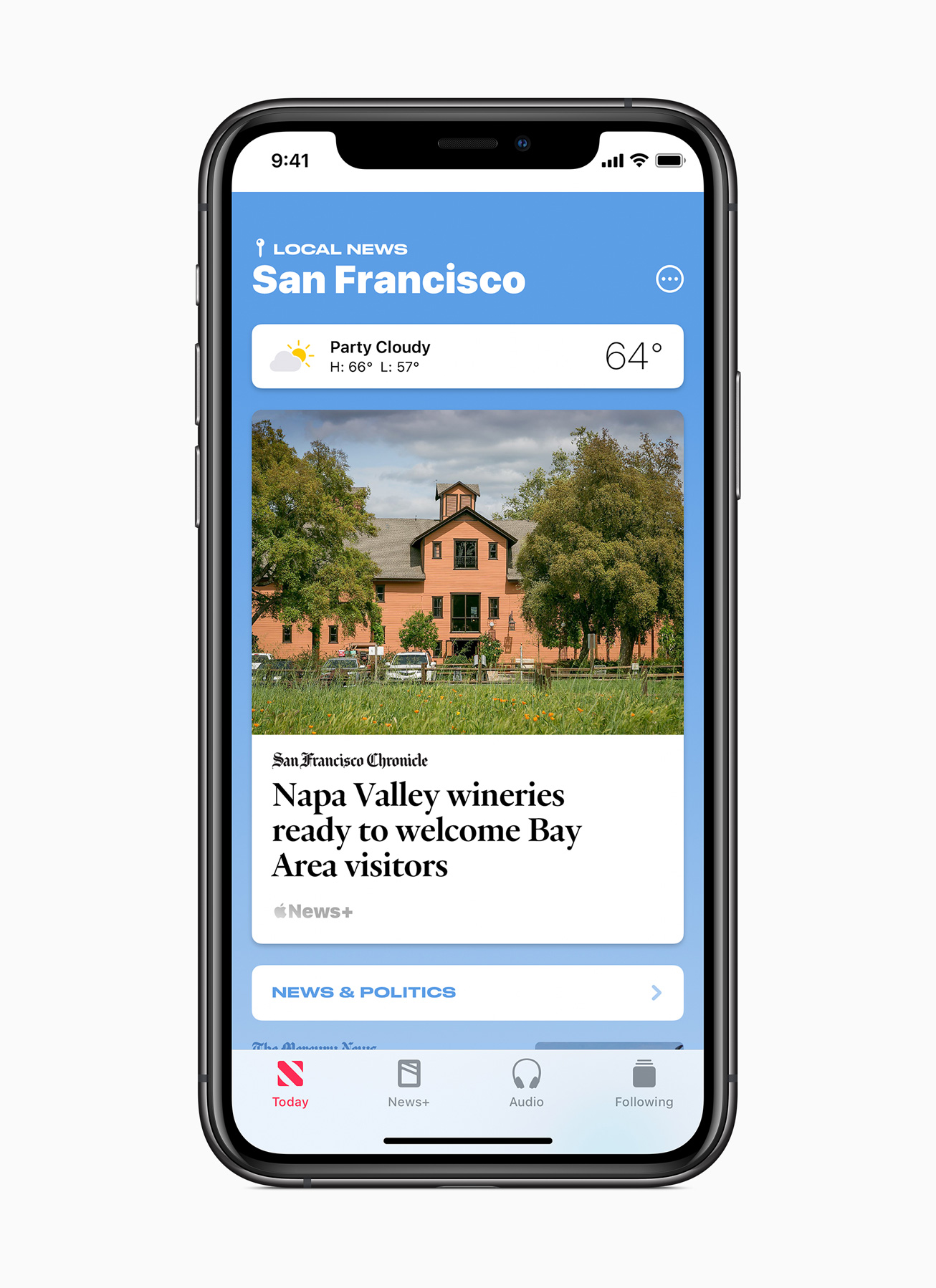 Apple News recently added even more top local and regional newspapers to the Apple News+ catalog: A subscription to Apple News+ in the US now includes access to The Charlotte Observer, the Idaho Statesman, The Kansas City Star, the Miami Herald, The News & Observer, and The State (Columbia, South Carolina). In Canada, leading French-language newspaper Le Devoir is now available to Apple News+ subscribers, and The Globe and Mail, one of the country’s most prestigious national newspapers, will be available to subscribers later this summer.

Apple News draws over 125 million monthly active users in the US, the UK, Australia, and Canada, and has revolutionized how people access news from all their favorite sources. Apple News+ is a single subscription that provides access to written and audio content from hundreds of the world’s top magazines and major newspapers, including the Los Angeles Times and The Wall Street Journal, as well as many local and regional newspapers including the Houston Chronicle and the San Francisco Chronicle.

We asked an expert about the chances of Saturday's
Read More