Prime Minister Imran Khan being the Council of Common Interest (CCI) Chairman has formed a committee led by Attorney General for Pakistan Khalid Javed Khan to review the Water Accord 1991 for fair distribution of water among the provinces.

According to sources, the CCI has given a month’s time to the committee for its recommendations.

The committee comprises 12 members including all provincial advocate generals and representative of the federal and each provincial government with AGP Khan in chair.

The committee will examine whether the Indus River System Authority (Irsa) is providing irrigation water to the provinces in accordance with the 1991 water apportionment accord.

Earlier, the CCI had formed a committee to examine the matter during the tenure of Pakistan Muslim League-Nawaz (PML-N) government but no progress had been made on it.

Sindh had complained that it was not being given its due share of water set as per the 1991 water accord and had been facing a drought-like situation.

The province was of the view that without referring the matter to the CCI, Irsa had granted exemption to Balochistan and Khyber-Pakhtunkhwa from water shortage.

It claimed that the existing three-tier formula adopted by Irsa for the distribution of Indus waters was not part of the water accord.

Meanwhile, Balochistan complained that its share of water approved by Irsa was not being released by Sindh through inter-provincial canals.

On the other hand, Punjab regretted that the entire nation was suffering from the consequence of not building a dam during the past five decades, while the water resources had been depleting with the provincial irrigation requirements going up.

As a result, the representatives of Punjab government maintained that all the stakeholders were getting low water supplies, particularly in the season where rainfall was lower than average. 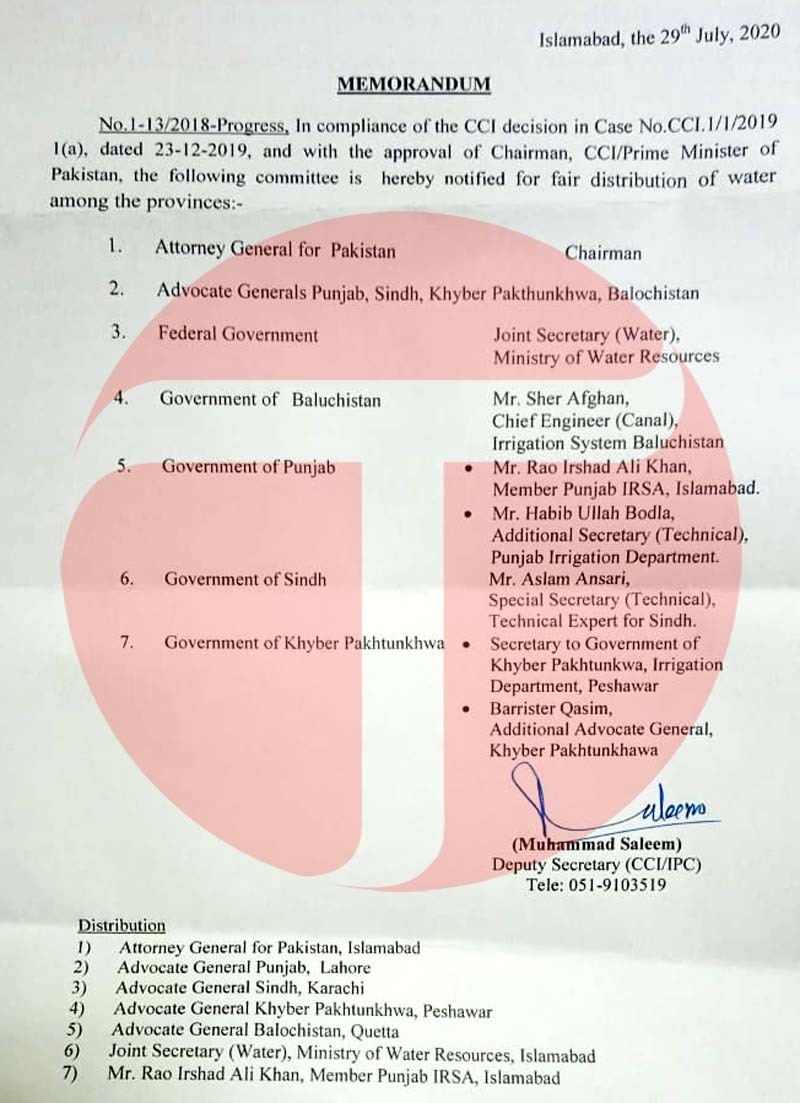 MURREE: Five men were taken into custody by the
Read More